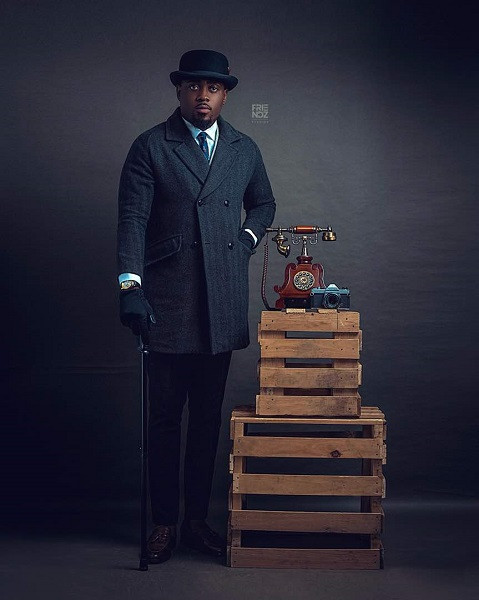 Ghanaian movie star TooSweet Annan takes his fashion style to the next level in a vintage themed photoshoot.
The actor is popularly known as a fashion icon(supremo & swag Lord) due to his elegant photos he posts on social media, these new photos present him as a bespoke gentleman in the acting arena of the country.
Styled as 1950’s British gentleman TooSweet Annan was costumed in a grey flannel jacket, dressed down in classic dress shoes, topped with a bowler hat. He takes us on a journey through time, reminding us of the elegance of English fashion.
Too Sweet Annan is an actor signed to Zylofon Media. He has starred in great movies such as Black Mens Rock, Victims, brown sugar(the wedding), Royal diadem, living with trisha, somewhere in yesterday, grey dust Supremo, etc.
The Eurostar – Ghana Movie Awards 2016 Best Dressed was also nominated for City People Movie Award for Best Supporting Actor of the Year (Ghana)2016, among many other nominations.

Prev1 of 2Next
Use your ← → (arrow) keys to browse
Comments
In this article: