Actress cum Entrepreneur, Salma Mumin has rubbished allegations of going for Juju in Benin to drain money from men, admits that she makes her money from food business as an entrepreneur.
It was earlier reported by an Instagram user that Salma Mumin and Moesha have been travelling to Benin for ‘juju’ to enable them to charm men for their monies.
In the IG user’s allegation, it was, however, pointed out that not only Salma and Moesha have been trading this but most of our so-called celebrities trade their bodies to finance their high élite lifestyles and then hide behind a less than profitable ‘business’ they claim to own.
Salma in response ridiculed the allegation that she trade her body to finance her high élite lifestyle.
The actress in her Instagram post responded to the question with a comment that she’s not chopping any man’s money but rather depends on what she makes from her own hard work. 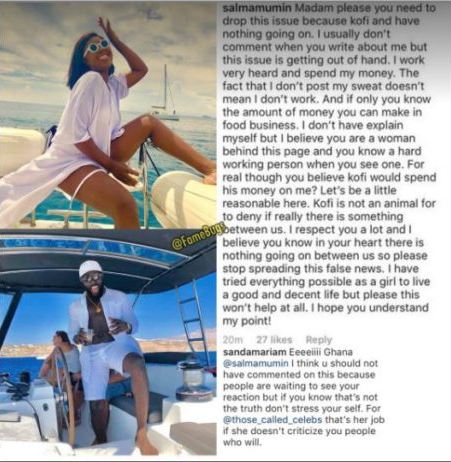 Comments
In this article:Featured