A lot has been said about Menzgold and its CEO Nana Appiah Mensah since the Securities and Exchange Commission authorized the gold investment company to shut down in a letter dated 7th Sept. 2018.
However, a new report discovered  is more deadly than all the allegations level against the owner of Menzgold, Nana Appiah Mensah.
We just discovered the metal sold to Menzgold investors were fake and not original gold as the company made it investors to believe.
Reading the chapter 2 of the contract signed between Menzgold and the investors, the contract specifies the commodity being sold to investors.
Chapter 2: A States: Commodity Gold – Aurum Utallum (AU Metal). 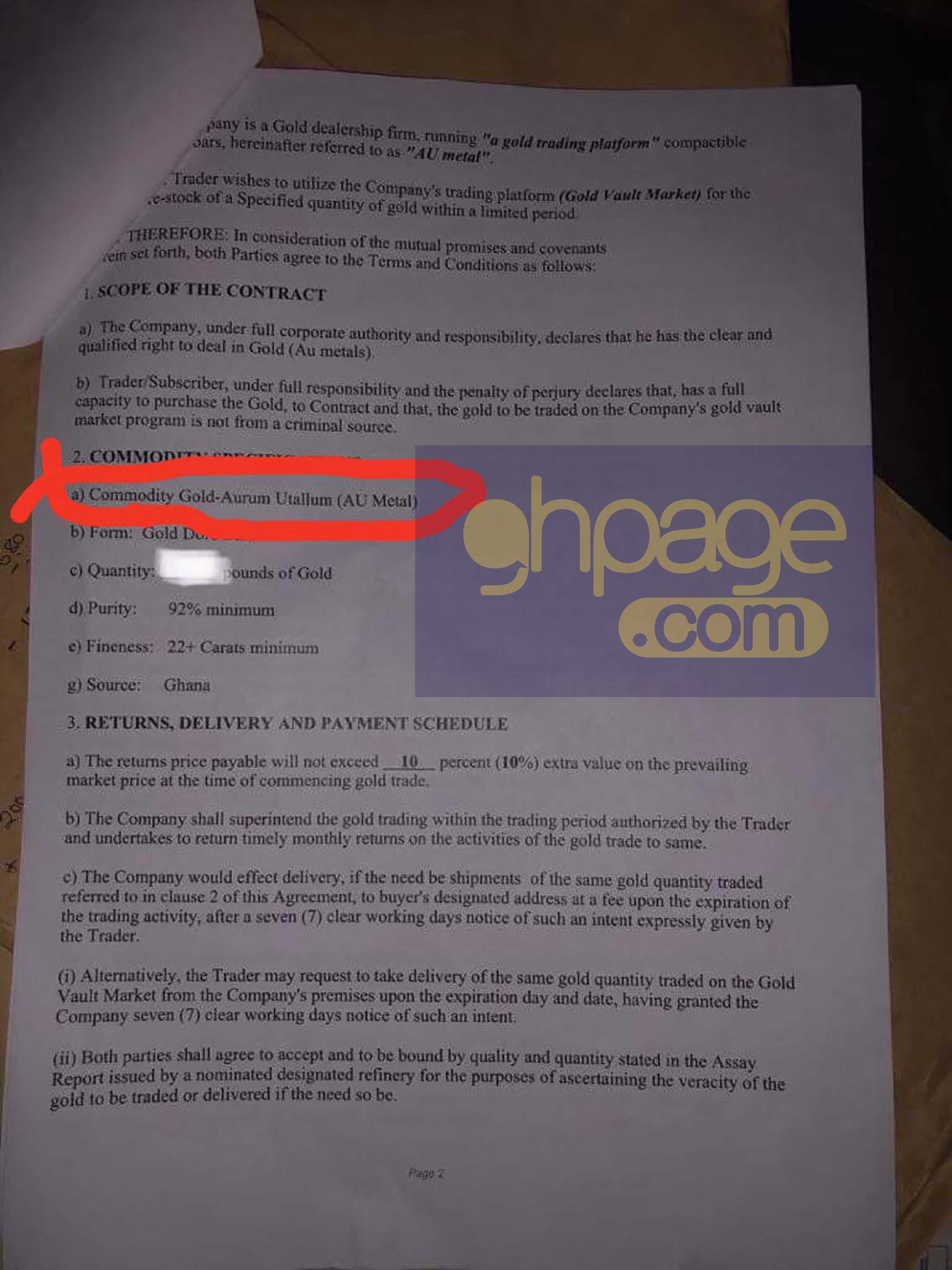 Now, a simple google search will tell you there is no gold or precious metal called Aurum Utallum. However, Aurum Utalium (or Utallum) is a term often used by criminals who distribute fake “gold offers”. Aurum (AU) means Gold but there is no such word or mineral in Latin as Utalium.
Because the terminology “Aurum Utalium” does not and cannot represent the true gold, the word was used in courts in some countries, to defend fake gold criminal dealers, as the criminal never offered “Aurum” but “Aurum Utalium” which is the name of the fake and fraudulent yellow, shiny metal, that contained no gold inside. It is brass and alloy of several metals but never a precious metal so definitely not gold.
A “dealer” of gold that uses “Aurum Utalium” is not a dealer. A licensed dealer is forbidden by laws to misrepresent the gold as a precious metal, and every true and genuine dealer of gold knows that gold cannot be named “Aurum Utalium” but “Aurum”.
Our  research also found out that it unacceptable (Though not illegal) to use Latin word for gold (Aurum) in conversation or contract when the English language is the language for communication.
Already, people like the Member of Parliament for Assin North, Kennedy Agyapong, Ibrah One, Gideon Aduku, and others have described Nana Appiah Mensah also known as NAM1 as fraud and have cited reasons to back their accusations.
Credit:Ghpage