Quophimens Musiq, the record label that formerly handled singer eShun, has been hit with another controversy days after eShun had released some untold stories about the CEO, Stephen Mensah.

Just when the embers of the eShun story were dying down, another issue regarding a newly-signed artiste onto the label, NaaNa Blu has cropped up.

NaaNa Blu, noted for her cover of Kofi Kinaata’s ‘Things Fall Apart’, is said to have an unexpired contract with Darling Records, a music and artiste management company owned by Mimi Andani of Big Brother Africa fame.

According to Mimi, she signed a 10-year contract with NaaNa Blu (real name Abigail Mensah) in 2016 but NaaNa left the label to sign another deal with Quophimens Music.

They are therefore requesting NaaNa Blu (formerly Esi Cutie) to pay them an amount of GHS 500,000 as compensation for breaching her contract or risk being taken to court.

What has caught the fancy of most people is clause in the contract that says NaaNa Blu could not get pregnant for the first 30 months of her work with the label.

This has provoked discussions about human rights and labour laws; and the propriety or otherwise of barring one from having children in the course of one’s career.

According to Darling Record label, they were waiting for NaaNa Blu to complete her university education before outdooring her to the music industry.

NaaNa Blu who is currently promoting her latest single ‘No Pressure’ has other songs such as ‘Sugar Cane’, ‘Blu Afehyipa’ and ‘Save Us.’

See the contract documents below: 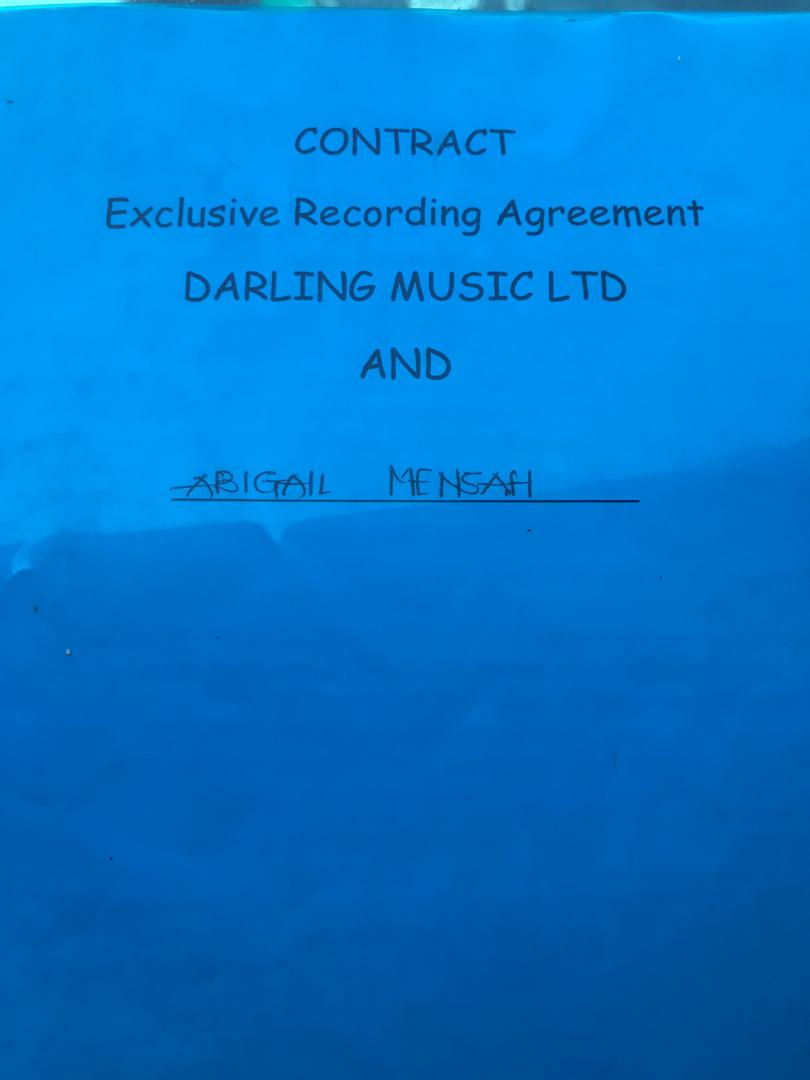 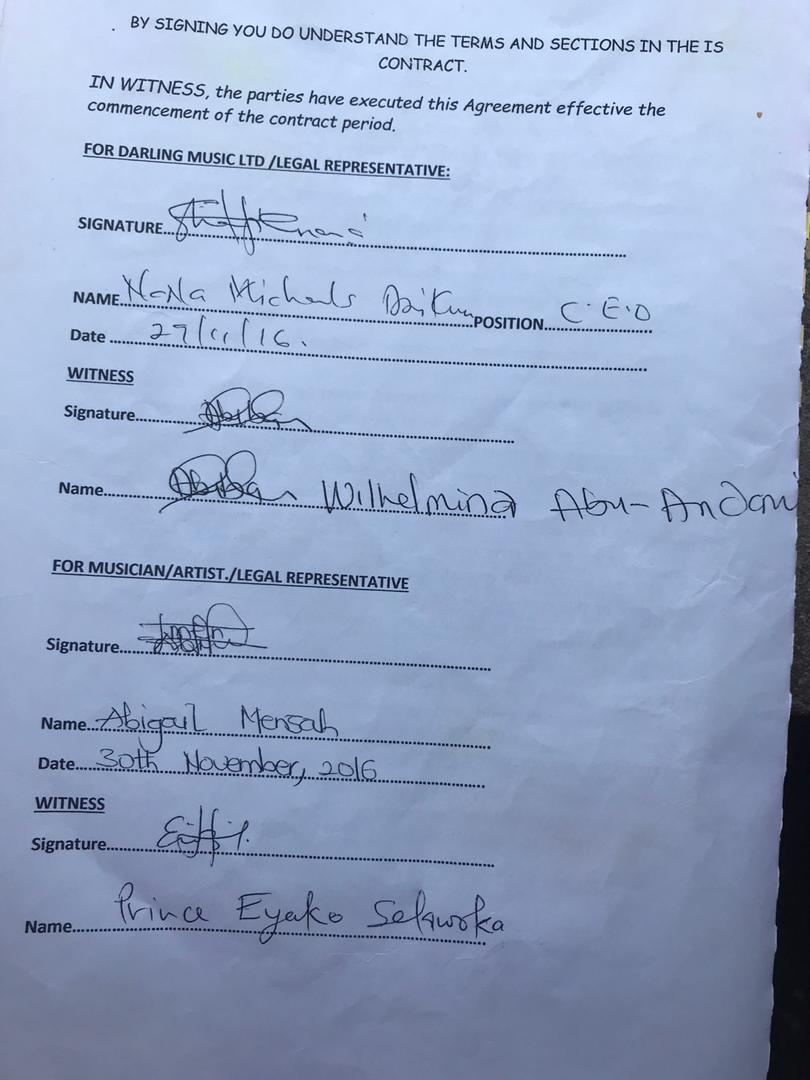 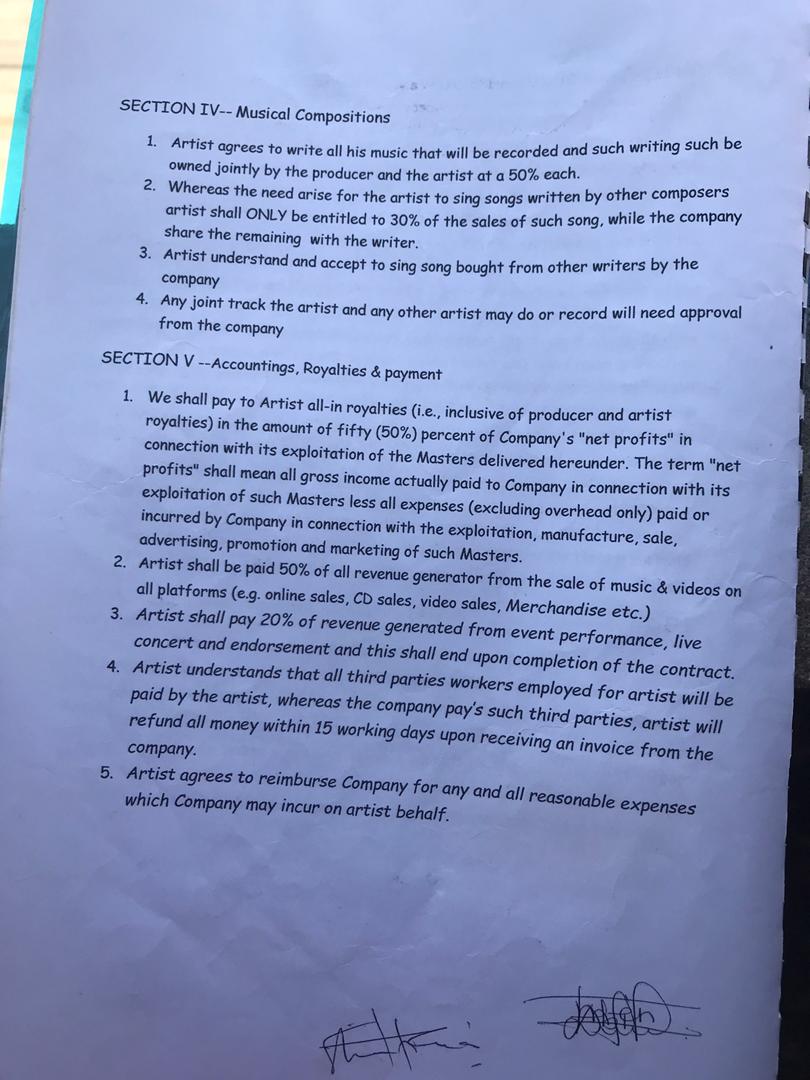 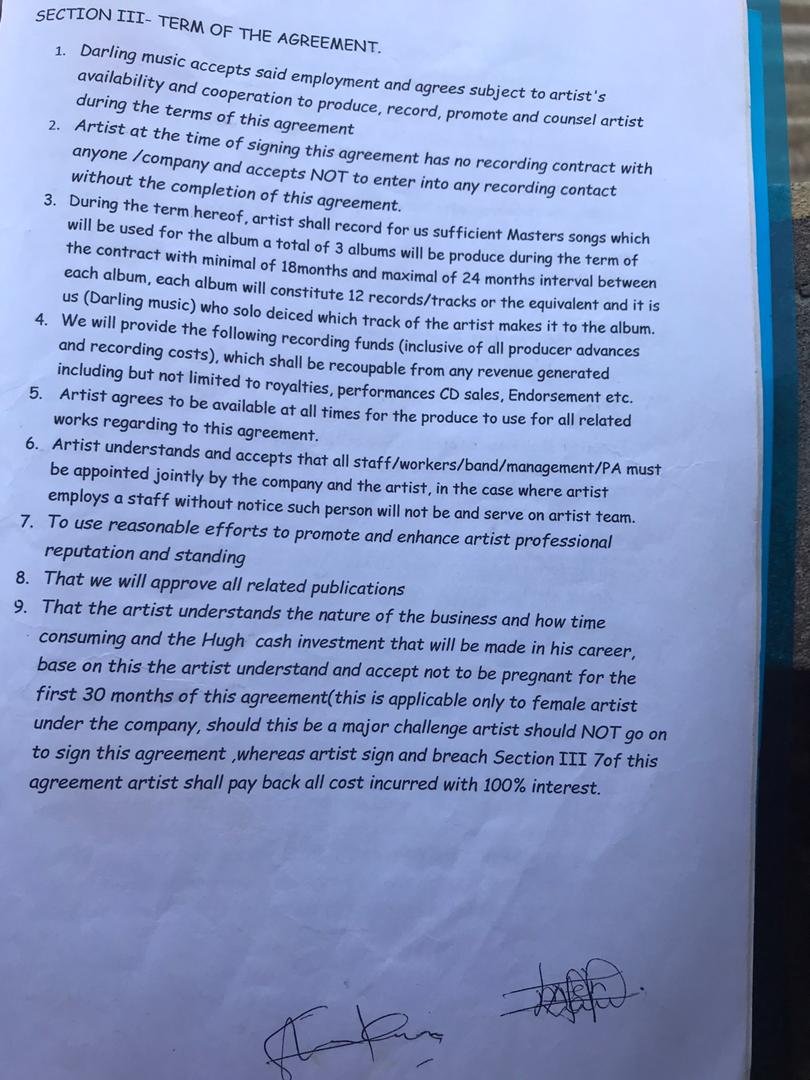 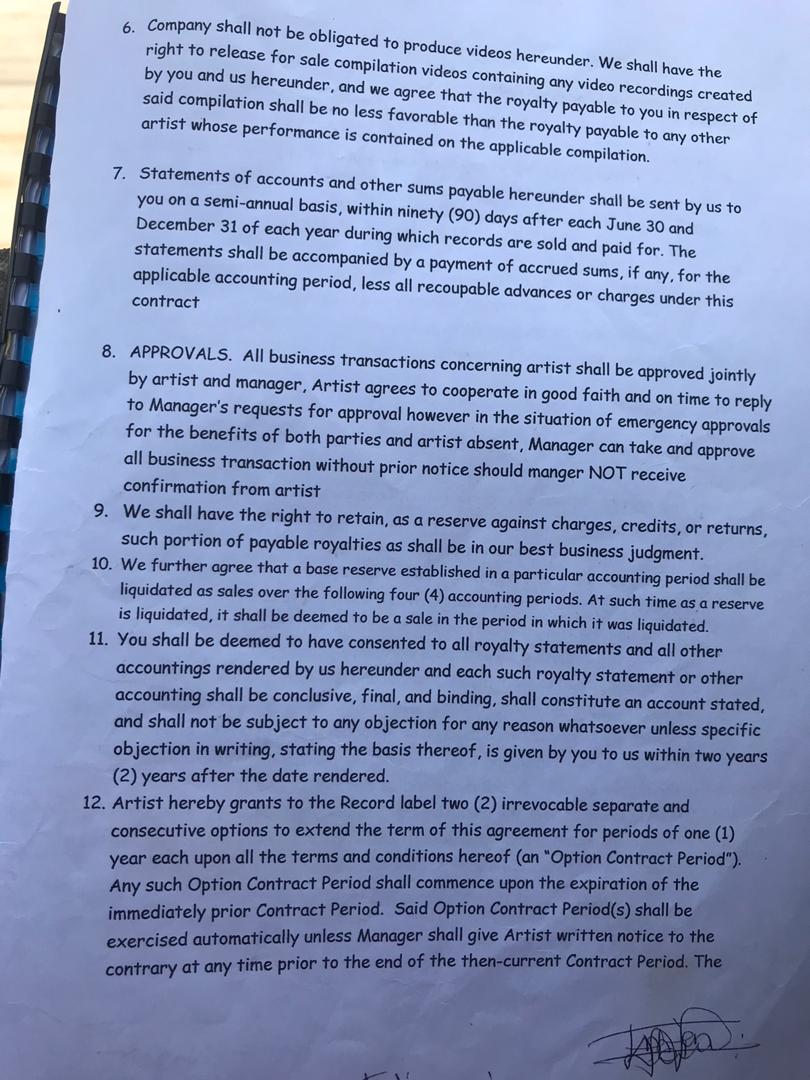